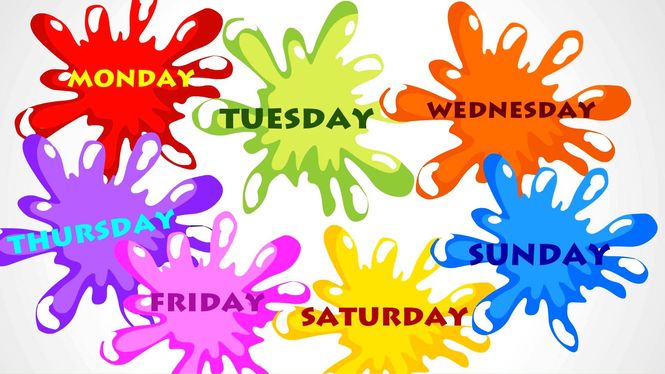 Not surprisingly the days of the week were originally based on astronomy.

The original naming of the days is, by most accounts, attributed to the early Romans who associated the seven days with seven planets (and stars).

Some of the names are obvious in their origin such as Saturday-Saturn, Monday-Moon, Sunday-Sun however some are derived from other cultures through time.

For example, the Germanic and later Norse culture post 200 AD adapted the Roman naming system but meshed in their own gods in place of some of the day’s name. From the Germanic/Norse culture we get Tuesday which originates from Tyr’s Day.

Tyr was the god of single, hand-to-hand combat. Wednesday originates from the Germanic god Wodan (and later spelled Odin in Norse).

Wodan is a major god in mythology who is associated with battle, victory, death, wisdom, prophecy etc. From Wodan’s Day we get Wednesday.

Thursday is based on Thor’s Day. Wodan (Odin) had many son’s, the most famous of which was Thor (god of thunder).

From Thor we get Thursday.

The Norse name for the planet Venus was Friggjarstjarna or “Frigg’s star”.

Frigg was most known for being the spouse of Odin.

From Frigg’s Day we get Friday.