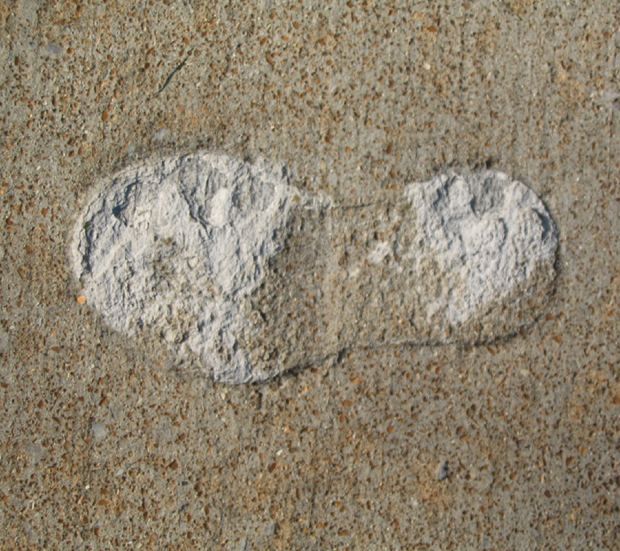 In the early days (and especially in rural areas) when measurements had to be made there wasn’t often any calibrated and standard measuring device handy.

Therefore people did what people do best and improvised with what they had available to them.

In many cases people would pace out a distance by walking it and give the unit of measure in “feet”. It is said that King Henry I of England, whose rule began in 1100, decided to standardize this unit of measure with his foot as the new standard unit of length. Most likely, due to the fact that people were generally shorter back then and also had shorter feet, the foot measurement standard was based on a booted foot rather than a naked foot.

Additionally, there are many historical accounts of the width of a man’s thumb being used as a standard for an inch.

The Origin Of 'Feet' For Measurement (Why 12 Inches?)

Why are there 12 inches in a foot? In some ways, the history of measurement is as ancient as humanity itself.

Every aspect of measurement has evolved over time, based on who was in charge of doing the measuring and what instruments of measurement existed during that time period.

Take the origin of feet, for example. The "foot" has been many lengths over the ages. Only recently has 12 inches been the official foot measurement, and we have the Romans to thank for it.

In this article, learn why the modern foot is comprised of 12 inches and the history behind this decision.

The Foot Origin and History

The origin of feet size as a standard unit of measurement can be found in just about every culture, although the precise length of the average foot has varied from 12 to 16 inches over the centuries.

In the ancient Celtic society, the Welsh took guidance from the Greeks and designed a foot measurement of nine inches.

Why the discrepancy? This entire early system of measurement was called the "imperial system" for good reason. Emperor Maximilian's foot was likely 11.64 inches, while Emperor Nero Drusus's foot was 13.15 inches.

The Inch Origin and History

Similarly, in England, the very first inch was set to be the width of a grown man's thumb.

During the reign of Edward I, this somewhat vague measurement was refined to be the length of three grains of dry, round barley laid side by side. When barley was not available, 12 contiguous poppy seeds would also do nicely.

The Evolution of the Foot in the United States

It is easy to forget that the United States of America was once called simply "The New World." As a newly colonized annex of England, every unit of measurement the early settlers relied upon was basically a hand-me-down from Britain.

In 1893, a gentleman named T.C. Mendenhall was serving as the Superintendent of Weights and Measures for the United States.

This represented the first clear departure from the British imperial order of measurement.

The Mendenhall Order formally adopted the international measurement standard of the meter and kilogram for measuring both length and mass.

In 1959, the National Bureau of Standards finally tackled troubling issues with minor measurement variations between countries.

While it would be some time yet before issues between the use of metric measurements and what is now called the U.S. standard system of measurement, long-overdue changes were finally underway.

In place of the meter came the yard. In place of the kilogram came the pound. The inch developed when the yard was determined to measure 0.1944 meters or three feet. At first, an inch measured 25.4 millimeters.

How long would it take before the United States landed upon the modern measurement of a precisely 12-inch foot? According to one metric system historian, it would take four iterations of the inch before the foot itself became a solidly established unit of measurement.

Why Is the 12-Inch Foot Origin So Important?

Measurement has always been important. The first basic units of measure were by necessity body parts, which could be somewhat standardized based on gender.

But the pressure to develop a working uniform or standardized system of measurement did not arise until the dawn of the modern age when Queen Elizabeth I introduced a new uniform yard measurement in 1588.

This measurement wouldn't show its importance until 1790, when France began to consult with the United States to adopt a uniform system of measurement based on the British yard.

From Metric to Modern

At first, however, the United States elected to use the French-based metric system as its form of measurement. With some very slight variance, this metric system was still based on the British (now UK) yard established by Queen Elizabeth I.

Interestingly, unlike the imperial measurement system, the metric system was developed largely by scientists rather than monarchs measuring their own feet!

To this day, the metric system still reigns supreme in many industries within the United States - most notably, the aeronautics and space industry.

This is particularly important since outside of the United States, most the rest of the world continues to use the metric system for a universal system of measurement. Only Liberia and Myanmar have in the past also opted out of using the metric system.

For many years, Myanmar used its own traditional measurement system that is shared by no other country in the world. Liberia, in contrast, followed the U.S.'s lead. Today, both countries are slowly evolving to use the metric system along with the rest of the world.

This leaves only the United States still standing apart with its own unique measurement system.

With the United States using a different system of measurement than the rest of the world, the importance of developing a consistent metric-to-U.S. conversion table cannot be understated.

Yet in fact, as recently as 1992, the United States legislated use of the metric system as the official measurement system for all federal agencies in trade and industry.