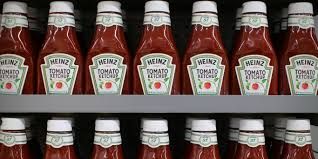 Starting the company from the ground up, Henry John Heinz formed the H.J. Heinz Company in 1876. Though he was trained as a brick layer he decided to go into the food industry. Being very aware of the power of good advertising Heinz gained a lot of brand recognition in the early days by giving away a pickle shaped watch charm. The company was able to ride the momentum of their notable brand recognition to success all the while introducing new sauces to their line-up. It wasn’t until 1896 that Heinz noticed a shoe seller advertising “21 styles of shoes” and decided to advertise Heinz in a similar fashion. Though at the time Heinz offered over 60 flavors the number 57 was settled on as the slogan. From that point on the bottle read “Heinz 57 varieties”.