Home > Blog > Michigan Gets A Name... From The Indians 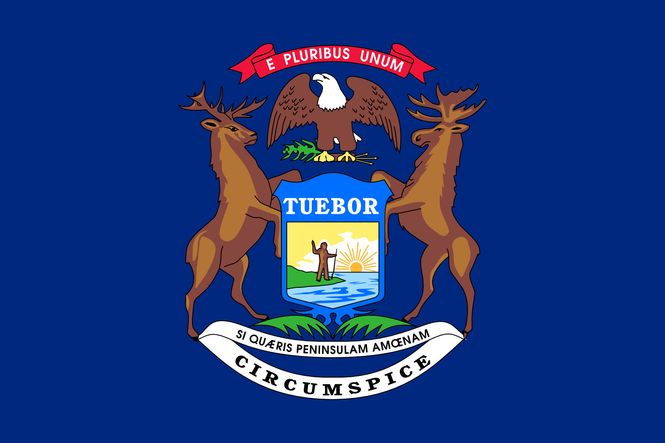 The year was 1837 when** Michigan **joined the Union.  Prior to this time the area now known as Michigan was inhabited by, among others, an Algonquian-speaking tribe known as the Ojibwa.  The Ojibwa people had a word for this area surrounded by the Great Lakes –“mishigamma” which, appropriately means “large water”.   As with many state names that started as something else, michigamma evolved linguistically into Michigan.  The reference to water as the Ojibwas suggests if very appropriate as the state boasts almost 65,000 lakes and ponds.  In fact, a Michigander cannot go more than six miles in any direction from anywhere in Michigan without hitting some body of freshwater.  Additionally, there are five Great Lakes and Michigan touches four out of five of them.

The first non-Native American inhabitants to the area were French settlers and explorers.  The area was largely French controlled until some decisive wars in the late 1700’s that resulted in control being lost to the British (1763).  Since Michigan became part of the Union it has achieved 8th place in the most populated states in the United States.  Additionally, Michigan is known as the **Wolverine state **despite a 2004 wolverine sighting being the first in nearly 200 years.