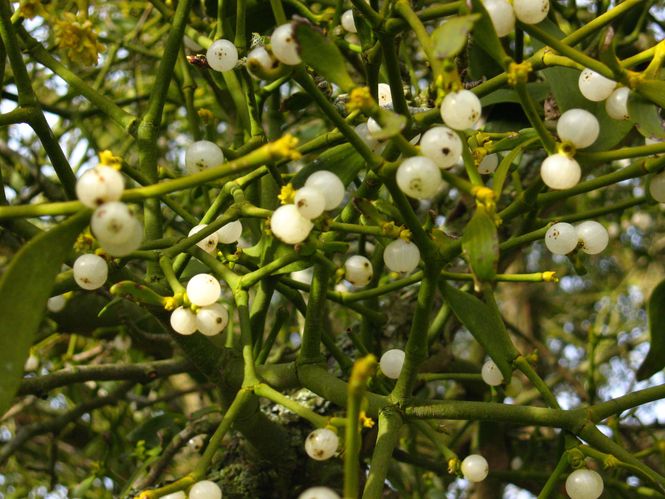 The mistletoe, as it turns out, is largely a parasitic plant that can live on its own as a free standing plant but is more often seen tangled within the branches of trees and shrubs. For many cultures throughout history this plant has been regarded as having mystical properties. One of the proposed properties of mistletoe is that is was hung in the house to prevent fires or lighting from striking the house. Additionally, it was thought to possess powers of fertility and act as an aphrodisiac. In Scandinavia it was believed that the plant was a plant of peace under which fighting spouses could kiss and make up. Later in the 1700’s in England, in order to promote social interaction, balls were held which featured mistletoe hung overhead and any girl standing underneath could not refuse a kiss of a potential suitor. One caveat of mistletoe, practiced by some, is that each kiss under a mistletoe meant one of its small, white berries had to be plucked. Once all the berries had been removed the mistletoe lost its kissing privileges.