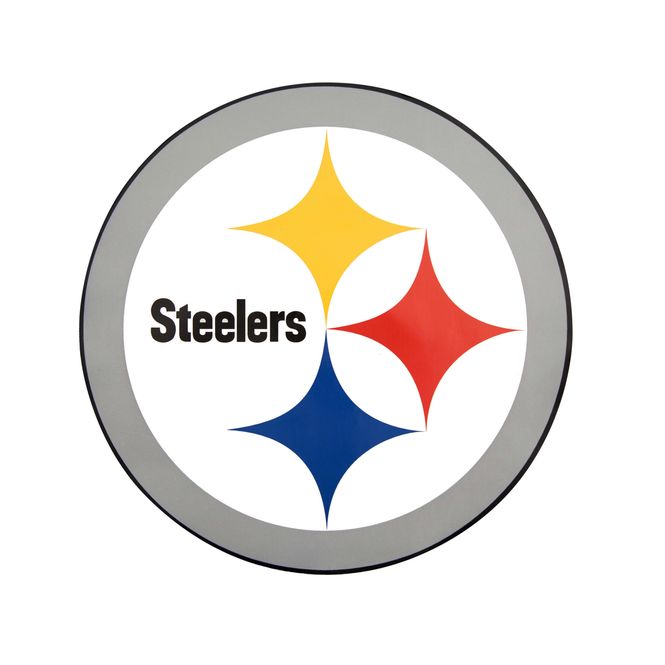 Certainly one of the oldest and winningest teams in NFL history the Pittsburgh Steelers had a pretty rough start.  In 1933 Art Rooney, a talented athlete (and future talented businessman) was granted an NFL franchise for the team that would become the Steelers, the Pittsburgh Pirates.

The early years were tough for the Pirates as they posted many losses and few winning records.  It wasn’t until their second game of their first season that their very first touchdown was scored.  The touchdown resulted from an interception and the ball was run for 99 yards which would stand as a record for an interception until the 2009 Superbowl.  Fortunately, Rooney was an avid and successful horse race gambler which helped keep the team afloat financially during their rough beginnings.

In early 1940 Rooney decided to change the name and initiated a naming contest amongst the fans.  Many names were suggested and the name “Steelers” was chosen due to Pittsburgh’s prominence as a steel producing city.  However, due to a 24-62-5 all time record Rooney decided to sell the Steelers to someone else in December of 1940.  He then immediately bought 50% of the Philadelphia Eagles.  He then came to regret this decision and pulled what was called the Pennsylvania Polka.  The new Steelers owner renamed his team Iron Men and Rooney convinced him to move his team to Philadelphia while Rooney would move the Eagles to Pittsburgh and then change the Eagles name to the Steelers.  Subsequently, the owner of the Iron Men then changed his team’s name to the Eagles.

The Steelers logo didn’t come into existence until 1962 and was based on the Steelmark used by the AISI.  The teams colors have always been black and gold and are based on Pittsburgh’s city flag of the same colors.  With the exception of the Pennsylvania Polka the Rooney family has had a controlling interest in the Steelers since their inception in 1933.