Home > Blog > The Fascinating Origin Of The Term 'Sabotage' 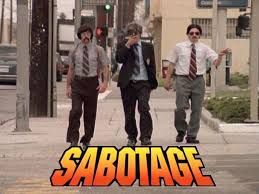 In the 1400’s Netherlands textile mills were undergoing some changes.

Factories were starting to mechanize certain elements of textile looms.

Workers in these factories feared that the factories were going to become so dependent on machines that the security of their jobs was in the balance.

Workers in the Netherlands at the time wore a traditional wooden shoe call a “sabot” and consequently the gears of the textile looms were constructed of wood.

In order to prevent machines from essentially taking over their jobs the workers threw their sabots into the wooden gears of the textile looms to break them-  hence was born the term “sabotage”.