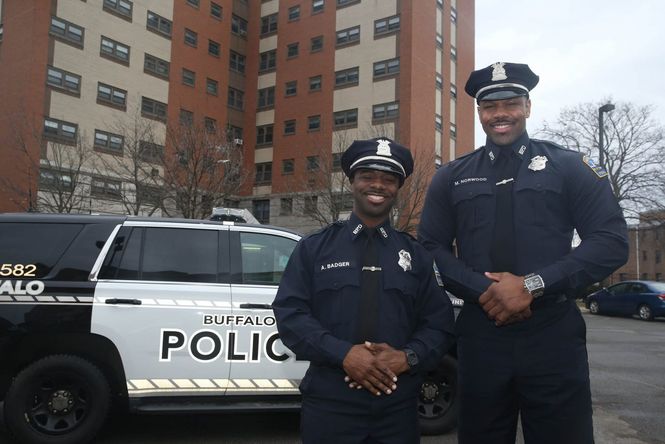 In this article, learn the fascinating facts behind how our modern police force evolved and why police are called cops in the modern slang dictionary.

The thing about misinformation is that as long as no one bothers to actually look into the validity of something told to them, the erroneous information simply gets passed on to the next person.

Such is the case with the history of the word “cop” that is often used to denote “police”.

UPDATE: Check out our history of the expression 'rule of thumb' which is even worse!

It is widely believed that cop was an acronym for “constable on patrol” or even “citizen on patrol”.  This is not the case.

Beginning in England in the 1800’s the word cop referred to the verb “to seize or take” (most likely derived from the Latin word capere which is “to seize” or “to take”).  If you were being arrested you were effectively being seized and most likely taken away.

Therefore those who were doing the seizing eventually took on the moniker of “cop”.

Today, you can also see the word cop being used in a non-police way in such phrases like “to cop a feel” or to “cop an attitude”.

Why police are called 'cops': The origin of the term

The idea of professional peacekeepers is nearly as old as humanity itself. In the early days of the New World, long before the land and the people living there would come to be called the United States of America, America was a relatively lawless place.

But then again, in the early days it was often hard to figure out who needed protection from whom. French, English, Native American, Spanish and other interested parties were all busy vying for ownership and constant skirmishes were just part of the bargain.

Once 1776 arrived and the Declaration of Independence was signed, it was time to get down to the business of organizing to keep invaders out and settlers in. From that time onward, the idea of policing the population began as a sort of informal night watch and grew from there.

The first steps towards the origin of cops in the North took place in the major city of Boston in 1838. The city officials took the initiative to organize a city-funded, full-time force of trained local officers charged with protecting what they termed the "collective good."

In the South, a formal organization devoted to maintaining public order was earlier to start but slower to evolve. This was mainly because of confusion surrounding slave patrols, an ongoing Civil War military presence and a loose-knit group of local sheriffs, each of whom adopted their own ideas about what their official job description entailed.

By the time the early 20th century rolled around, the police and the politicians got all tangled up together, to the point where President Hoover finally put his foot down in 1929. He appointed a task force to investigate the police with an eye towards permanently separating law enforcement from other interests.

In these early, early days of police organization, law enforcement officers answered to many different names, including night watch, constable, sheriff, slave patrol, officer, police and more. During this time, most officers did not wear uniforms or carry badges because it was personally dangerous for them to do so.

Police get organized and educated

In 1916, something very exciting happened. The University of California at Berkeley launched the first-ever police education program.

In 1924 and continuing through World War II, President Hoover set in motion a series of sweeping changes to the police officer's basic job description, including mandatory higher education for new recruits, the wearing of uniforms, use of official patrol vehicles and an overall militaristic structure to the force itself.

This was the point in time when police officers truly became police officers - peacekeepers with an official common job description who were easily recognizable, on call and relatively free from corruption through other agencies and interests.

This was also the point in time when various legends about the acronym "cop" to denote a police officer began to pop up.

According to historians, at first the term "cop" was thought of as a derogatory or impolite term.

This was likely because the word "cop" when used as a noun in this context was derived from an older word in the Anglo-Saxon dictionary that basically means "to grab, capture or catch." When used as a verb, the word "cop" was associated with the action of "copping to" or "being arrested," neither of which were seen as desirable experiences.

Myths about what the word "cop" means

Here are just a few of the various interpretations of what the acronym COP means:

Beyond the early Anglo-Saxon definitions cited here earlier, perhaps the first known association with the acronym of COP and a police officer - is that of the "Copper."

This association is said to have arisen due to the uniforms worn by the earliest organized police force in the city of New York. Officers wore uniforms with shiny copper buttons, which some say gave them the nickname of Copper or, simply, Cop.

In the early, erratic days of police organization, many English-born early Americans were still transitioning from the looser concept of social order they had left behind in their former home country.

It is likely the association between the acronym of COP and Citizens on Patrol arose from this connection.

Some of the earliest appointed, paid police officers were called Constables.

These early officers often didn't wear uniforms or badges (unlike their New York City counterparts) and tended to make up their job descriptions as they went along or as interested parties made it worth their while.

However, in some areas of the country, it is possible the acronym of COP was associated with the local Constable on Patrol.

In 1962, President John F. Kennedy launched a new initiative called National Police Week. The goal was to set aside one week out of every year to honor fallen law enforcement officers for their sacrifice.

In 1984, a further initiative was launched called Concerns of Police Survivors, or COPS. This organization is funded by grants and donations. While the name is definitely a play on the acronym COP, it is not directly associated with the development or furthermost of the acronym itself.

What Snopes says about the origin of "cops"

The independent fact-checking entity Snopes says that while each of these stories offers a potentially compelling version of how the acronym COP became associated with police officers, none of them presents the true story.

In actuality, the term doesn't refer to copper buttons, police shields/badges, citizens arrests or even early constables on patrol.

Rather, the use of the term "cop" is a play on words that relates back to the older Anglo-Saxon verb meaning "to arrest." This is the true reason behind why police are called cops today.