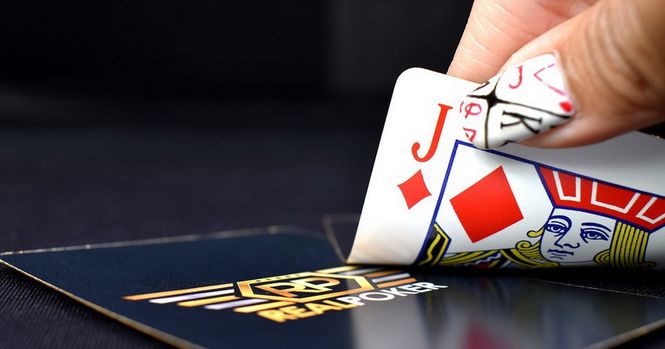 There are many words in the English language that are used everyday where the origins are a complete mystery.

Most of the time people never stop to wonder where a word came from and just accept its use.

“Jackpot” is one of those words.

Its typically used to denote a collection of something desirable (usually money).  The use of jackpot originates back to the early 1800’s in the United States and to the game of cards.  Before the player with the buck would deal the cards everyone would add an equal amount to the pot then upon receiving their hands no player could open the betting until he had two jacks or better.

If no one had such a hand then the round would begin again with more money being added to the pot before the cards are dealt.

Because the pool of money couldn’t be accessed until someone in the group started with two jacks, the collected money in the pot became known as the “jack pot”.

The Origin Of The Term 'Jackpot'

Even if you choose not to play, you may still get a bit excited by the possibility of winning the Powerball jackpot. Secretly, you hope that you or some close relative will win enough to upgrade everything in your life. As the jackpot reaches record-breaking amounts, you can’t help but daydream about the type of home or cars you would be able to acquire with that much money.

The odds of winning the Mega Millions jackpot are 1 in 302,575,350, and the odds of winning the Powerball jackpot are 1 in 292,201,338. You may not be getting that anytime soon; let’s move on to something a bit more attainable. The origin of jackpot is a fantastic story that deserves to be studied further. Throughout history, it was used to refer to poker and for troublesome situations before landing on its association with good luck or success.

What’s the connection between the term ‘jackpot’ and poker?

‘Jackpot’ has always been associated with some form of gambling. Poker games had a pot which is the sum of money that players wager during a single hand or game. The addition of the ‘jack’ happened in a quite interesting way.

During the 1820s, poker was widely played by French settlers living in New Orleans. In its original form, poker had a bad reputation. It was often seen as a cheating game even when the players acted honestly.

Some of the first gambling hideouts near New Orleans were started in river towns that were frequented by both travelers and professional gamblers.

Many people on their way to the new frontier would pass through carrying their entire life savings. Con men pried on these transient people by offering them ways to increase their funds. Poker was marketed as an easy way to best your fellow man and walk away with a lot of money.

A multitude of companies even started making and selling card cheating apparatuses.

As crowds moved west, drawn by the prospect of finding gold, poker did also. Many of these original games were played with only 20 cards with 4 players. This made the game a high stake of win or lose.

From there, the game evolved to a full deck of 52 cards which upset a lot of original players. This allows more people to play and a larger chance to win. Players had more time to improve the hand they had been given.

During the 1870s, the variation of Draw poker known as Jackpots began to spread. For this game, the rules required that a player had to hold at least a pair of jacks to make the first bet. This ended reckless bluffing and rested the win into the hands of the Jack. Thus, the pot became the jackpot.

What’s the connection between the term ‘jackpot’ and troublesome situations?

For a brief time at the beginning of the 1900s, the word ‘Jackpot’ was associated with misfortune, hardship or being in trouble with the law.

In his book, The Cowboy, Philip Rollins used the phrase jackpot as an expression to signify a perplexing situation.

In 1941, Agnes Morley Cleaveland used the term in her book, No Life For A Lady‎. One of the characters needed to get “out of a jackpot”.

There has been much speculation as to how a word associated with skill and success changed so dramatically. Maybe the terrible misfortunes that came upon those who lost it all during games of poker had something to do with it. As the game spread from the east to the west, news of poker losses reached print.

In March 1833, Congress authorized a Dragoon Regiment which was comprised of soldiers who could fight either on horseback or on foot when in battle. In James Hildreth’s account of the Dragoon Campaigns to the Rocky Mountains, he spoke about a man that “lost some cool hundreds last night at poker”.

Other negative references that were recorded about poker even told of former slaves placing their freedom in the jackpot or slave owners betting off slaves on what they perceive to be a good hand.

The Mixer and Server was a journal affiliated with the American Federation of Labor. The issue printed on January 15, 1921, stated that there was a time where "it was not at all uncommon for a gentleman planter who lost all his money to bet a negro slave on a poker hand".

What’s the connection between the term ‘jackpot’ and success?

These earlier definitions persisted until the 20th century when the term ‘jackpot’ turned into a symbol for winning big, especially if the win is unexpected. Today, the word ‘jackpot’ is loaded with enthusiasm, triumph, and promise. If you get your dream job or marry a fantastic person, then you have ‘hit the jackpot’.

In a Bolde magazine article, readers are advised that they have hit the jackpot if they are dating a romantic guy.

Actress Piper Perabo, star of Coyote Ugly, reported feeling so grateful for her relationship with her stepdaughter, that she felt like she ‘hit the jackpot’.

The Washington Post refers to getting in the Ivy League after growing up poor to ‘hitting the jackpot’.

Though you have not acquired a jackpot that will make you financially richer, you now have a richer understanding of the origin of jackpot. So much better, right?

See where the expression Rule of Thumb came from.